Hi to all my Fellow Writers.

I’m Karen Maitland and I’m usually an unwelcome guest in any room, or at least some of my characters are, because I write chilling, dark medieval thrillers. The three currently out are Company of Liars, The Owl Killers and The Gallows Curse, all published by Penguin, with Falcons of Fire and Ice coming out next year.

I also write a joint novel every year with five of my favourite medieval crime writers – Philip Gooden, Susanna Gregory, Michael Jecks, Bernard Knight, and Ian Morson. Together we are known as the Medieval Murderers. Two of the novels I’ve published with them are The Sacred Stone and Hill of Bones, (pub. Simon & Schuster). And we’re just finishing the next one – The First Murder.

It’s great writing the joint novels as well as my own full-length ones, because, as you know, writing in general is a solitary business. You live for months at a time alone with your own characters and, believe me, some of my characters are not the kind of people anyone would want to be alone with on a dark and stormy night. But when we’re writing the joint Medieval Murderers novels together, emails are always flying back and forth —

“So which character has got the fake bones and where are the real bones now?”,

“I thought I’d better let you know my character has just got blood all over the sacred stone, so your character might notice a stain on it when it’s passed onto him.”

But one of the best things about writing with the Medieval Murderers is that, whether we’re writing or giving talks together, we are all encouraging and supportive of each other. And in my experience, with very few exceptions, the whole community of writers to which you and I both belong is like that. Writers, no matter which stage they’ve reached in the writing journey, are always willing to help each other. That’s why I think it’s so important to make links with other writers. You never know where they will lead, because in my case an unexpected link led to finding an agent and getting a contract with Penguin.

Here’s how it happened. I knew I needed to find an agent so when I saw a talk by an agent being advertised through the sadly now extinct Women’s Writers Network, I went along. The hall was packed, and at the end of the talk the agent foolishly said that she’d be happy to receive a synopsis and opening chapters from anyone in the hall. An offer she must have bitterly regretted making, because I imagine the postman arrived the following week staggering under the weight of over a hundred manuscripts, mine included. Not surprisingly, I never heard back from her, not that I blame her.

But while we’d been waiting for the talk to start, I’d got chatting to a lovely woman sitting next to me. It turned out she too was writing a historical novel, though of a different genre to mine. She told me about the Historical Novel Society and about three days later she very kindly emailed me to let me know the HNS was having a writing conference at which a manuscript appraiser would be offering a limited number of ten-minute slots in which writers could get advice from her about their novels.

I was lucky enough to bag one of the ten-minute slots and the manuscript appraiser turned out to be Hilary Johnson, who said during that meeting she’d enjoyed my first three chapters and asked me to send her the next three chapters when I got home. I did, and she then got back in touch to ask me if I would like her to show the material to an agent. Of course, I would! And, to cut a very long story short, that agent eventually took me on and got me my book deal with Penguin.

What I didn’t know until long afterwards was that the agent had asked Hilary to look out for a new writer of dark historical fiction, because she knew an editor who was interested in that genre. So I was incredibly lucky – right manuscript at the right time for the right agent and editor. But I never would have got that break had I not chatted to a fellow writer.

Whenever I’m sent information about a writing competition, a writing talk, a call for submissions, or news about a new agent or publisher setting up I always try to think of a writing friend or a writing group who might be able to use the information. I pass it on to them, just as others do to me. Published authors can’t usually get other writers an agent or a publisher directly, but I think we can all help each other to get another stage closer.

So my advice would be: Make friends with other writers on sites like this one. Go to any literature or writing events you can and, despite what your mother told you, when you’re at these events always talk to strangers. The person standing behind you in the queue for the loo might not be an agent or editor (though they might very well be) but they could just as easily be a fellow writer who happens to hold the key to unlocking your future, or you might unknowingly be the one who can help them take the next step. But whatever happens, the chances are you’ve made a great new friend! 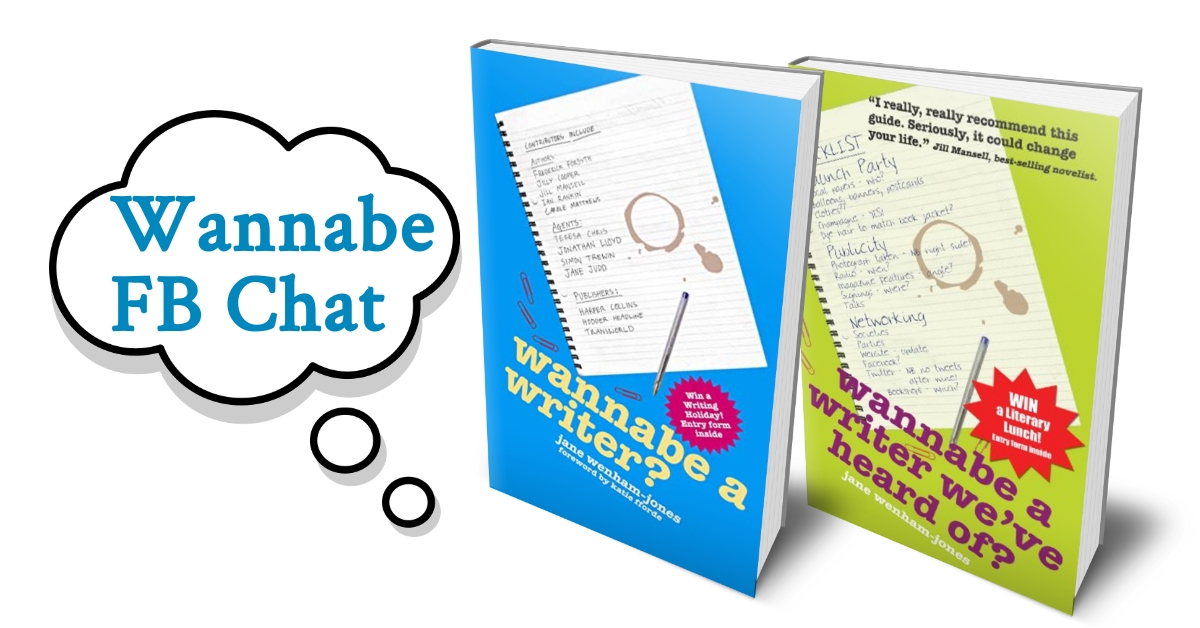